TL;DR: VirusTotal APIv3 includes an endpoint to retrieve all the dynamic analysis reports for a given file. This article showcases programmatic retrieval of sandbox behaviour reports in order to produce indicators of compromise that you can use to power-up your network perimeter/endpoint defenses. We are also releasing a set of python scripts alongside this blog post to illustrate this use case.

We recently rolled out a new Windows dynamic analysis system called VirusTotal Jujubox. This new sandbox represents a major revamp of VirusTotal’s in-house behaviour analysis capabilities as well as a key addition to the multi-sandbox project, which already aggregates behaviour reports from more than 10 partners and the most popular operating systems.

Behaviour reports are often perceived as a mechanism to understand what an individual sample does when executed, a quick overview before diving into disassembly and debugging. However, when you have a massive dynamic analysis setup processing hundreds of thousands of files per day, the microscopic dissection capability is far from being the most attractive use case.

When you generate reports at scale, and more importantly, when you index them in an elasticsearch index and expose it via API, the generated data can be used for advanced hunting, especially when this data can be combined with other static, binary and in-the-wild properties.

The basic workflow would be as follows:

Let’s illustrate this with a particular example. Bankbot is an Android banking trojan, it allows the attacker to perform:

The trojan was released in an underground forum and the post included the source code for the client-side and server-side components, including the database setup to collect stolen information. 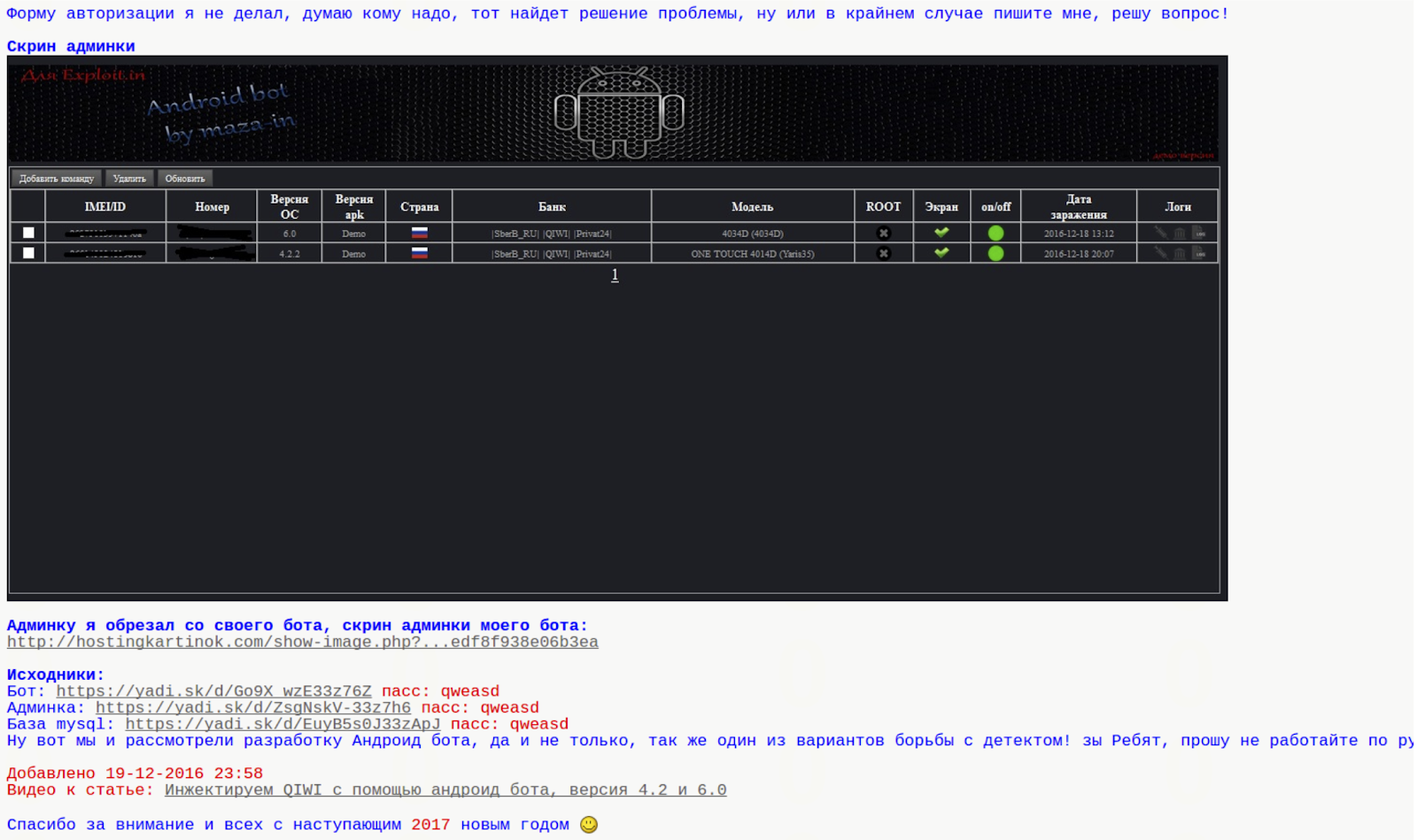 Initially, the trojan included a hardcoded list of target bank applications that it would overlay in order to intercept banking credentials: 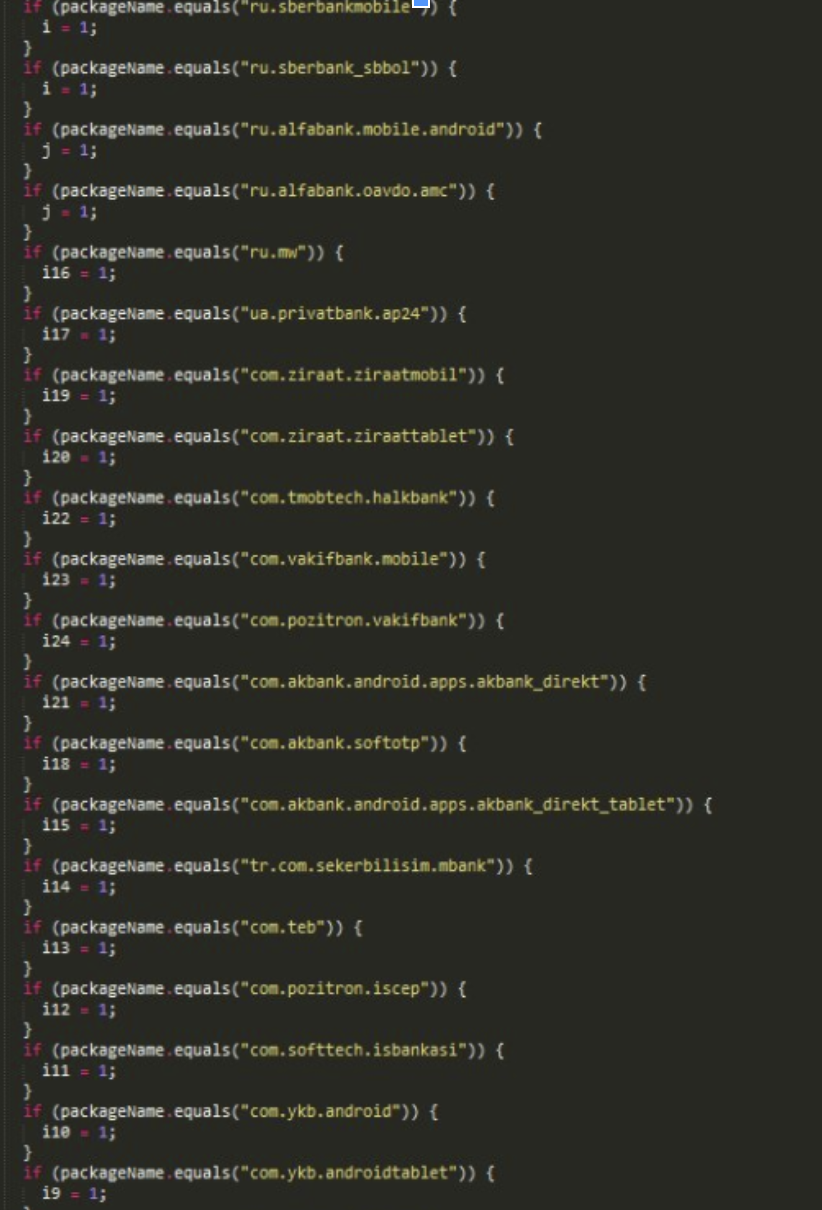 Since the source code of the trojan was also published in the underground forum, other crooks soon modified it to accept a remote list of financial entities to attack. This makes target identification more complex, static analysis is not enough to identify the targeted banks and subsequent date-tied CnC infrastructure. 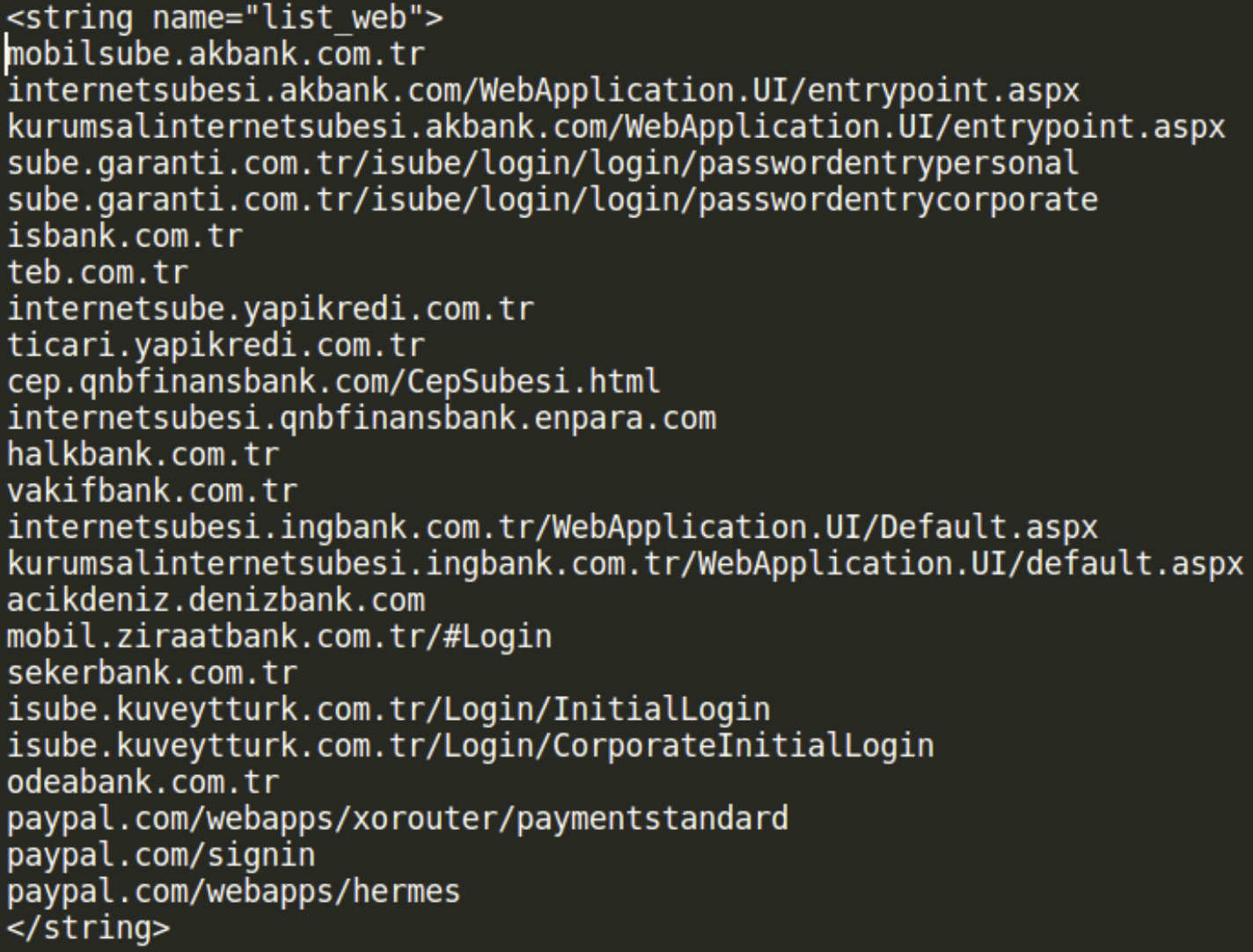 VT Enterprise allows similarity searches and other attribute searches to find additional variants of the same malware family. In this particular case, the Android package name under the details tab seems interesting, clicking on it will launch a VT Intelligence search for other Android APKs that share that very same package name: 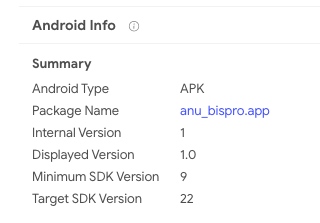 The matches do indeed seem to belong to the same family:

When opening these samples and looking at their behaviour reports, certain commonalities are easily noticed: 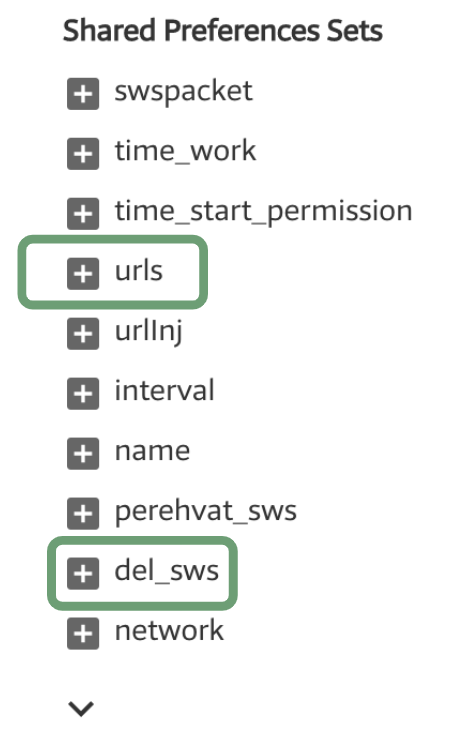 The behaviour reports for the identified cluster of samples shows that the CnC panel uses the subpaths tuk_tuk.php or checkPanel.php.

Let’s use this common pattern to periodically check VirusTotal for new variants of this malware family, and by doing so, let’s identify new network infrastructure tied to this attack, live, as samples are uploaded to VirusTotal.

The API can sort matches according to first seen descending, meaning that by executing this search periodically and focusing on the latest results, it’s possible to discover new malicious network infrastructure tied to this particular family.

At the time of writing, this search yielded the following results:

The Intelligence search API endpoint will return a list of file objects matching a search criteria. Each of these file objects can have one or more multi-sandbox reports. These behaviour reports can be retrieved making use of the pertinent relationship (behaviours) for each of the files:
https://developers.virustotal.com/v3.0/reference#files-relationships

Once the pertinent network infrastructure is parsed, it’s possible to either rely on the objects returned by the network-related relationships (contacted_urls, contacted_ips, contacted_domains) or make a subsequent automated call to the domain / IP address / URL API endpoint in order to retrieve further details about the given network observable. The aim of this subsequent stage is to filter out potential false positives. For instance, among the details returned for a domain lookup, there are different popularity rank lists that can be useful to filter out TOP domains.

You can easily test this workflow with a little script released along with this blog post. This script makes use of our official APIv3 python library, it can serve as your starting point to build more complex pipelines:
https://github.com/VirusTotal/vt-py/blob/master/examples/intelligence_search_to_network_infrastructure.py

Note that this workflow is exclusively based on behavioural observations and works independently of the detection ratio of files, by pipelining VT Intelligence searches and sandbox report lookups, it is possible to generate indicators of compromise even if the related sample is undetected. The identified domains can be automatically checked against SIEM logs or can be automatically transformed into IDS rules, serving as an additional layer in your onion-like security strategy.

This blog post focuses on combining VT Intelligence searches with behaviour lookups, the same can be done with YARA rule matches. VT Hunting Livehunt matches can programmatically retrieved using APIv3, for each match the pertinent behaviour reports can be retrieved and CnC network infrastructure can be automatically extracted. Similarly, other properties that can be used as IoCs, such as mutexes, registry keys, embedded domains, file names, cmd parameters and the like can be automatically yielded. The following two script showcase this other VT Hunting workflow:
https://github.com/VirusTotal/vt-py/blob/master/examples/hunting_notifications_to_network_infrastructure.py
https://github.com/VirusTotal/vt-py/blob/master/examples/retrohunt_to_network_infrastructure.py

If you are rather a golang fan, feel free to check out our official VirusTotal golang library:
https://github.com/VirusTotal/vt-go

APIv3 was a major component of our 2019 roadmap, soon we will be officially releasing it and announcing a generous deprecation timeline for APIv2, stay tuned!
Source: VirusTotal